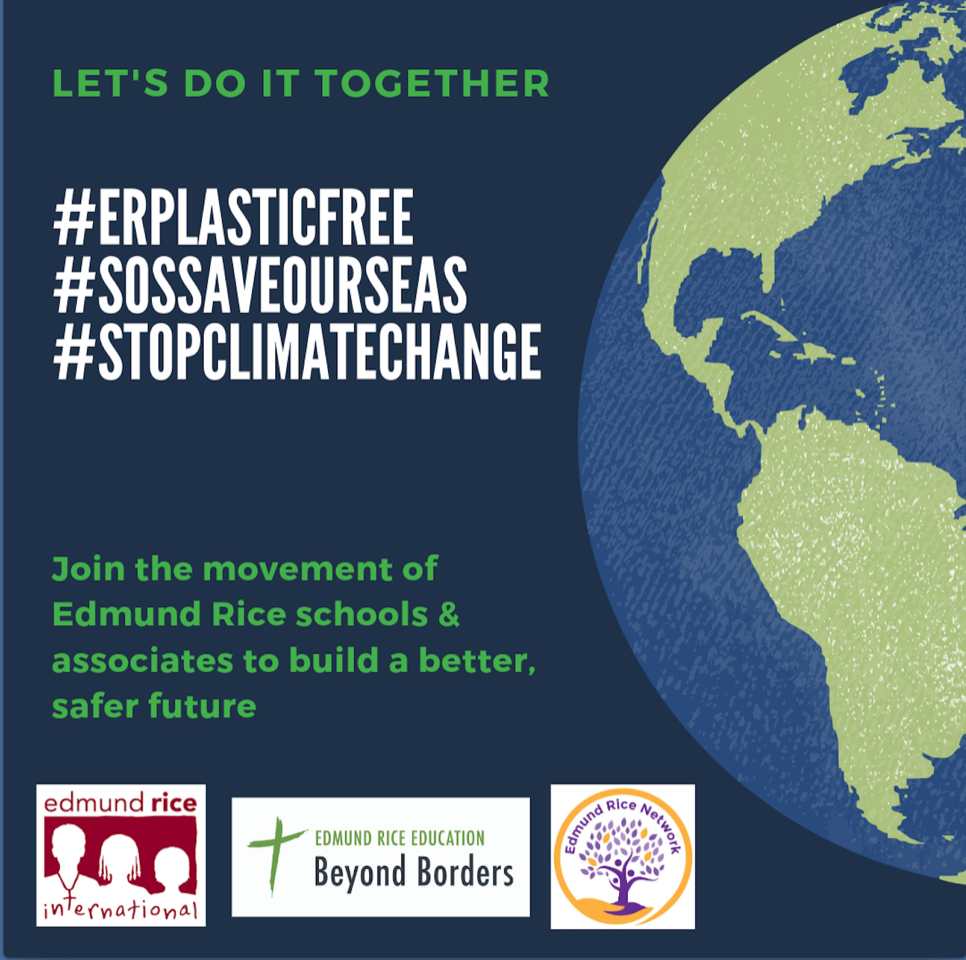 our Edmund Rice Network who are campaigning to end single use plastics in our schools and wider communities.  This is part of the EREBB Social Justice Action Plan.

Since 1802, when the first school began in Waterford, Ireland, Edmund Rice education has grown in over 20 countries. Across the world, over 170,000 students are educated in Edmund Rice schools.  Edmund Rice Education Beyond Borders (EREBB) is an international network of Catholic schools educating young people from many different faiths and cultures. In over 20 countries we endeavour to promote global solidarity and offer a transformational education for justice and liberation. EREBB was inaugurated in May 2014 when leaders representing Edmund Rice Education gathered in Kenya to establish an inclusive international network of Edmund Rice educational communities.

The Lead Teacher for EREBB at St Ambrose College is Mr O’Neill.

There was another gathering in Dublin in May 2016 for which each current Lead School extended a personal invitation to one or two other schools with whom they would like to develop a relationship in order to extend the scope of the initiative. From that gathering a focus was placed on the EREBB Congress in Kolkata, India, which was in October 2016.

EREBB is a great opportunity for St Ambrose College students and staff to look beyond the school gates and realise that they are part of a huge global network of Edmund Rice schools.