History at Saint Ambrose College aims to equip our students with the ability to select, collate and analyse information. Students gain an understanding of the causes and consequences of significant events and identify how societies have developed through the centuries.

How to be an Historian, Roman Expansion and Civilisation, The Arabic Empire, The Norman Conquests and the Middle Ages. Second Year Topics: The Reformation, The Civil War, The Industrial Revolution, the Second World War, the Holocaust and a project on the significance of an individual of your choice from Manchester such as Alan Turing. These topics allow students to gain a broad understanding of British, European and World History. 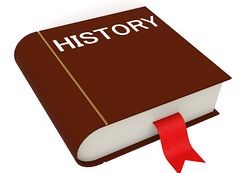 At GCSE students study how the world has changed in the 20th Century, including the Causes of the First World War, The War in the Air , on Land and at Sea, and how Germany changed between 1890 – 1945 under the governments of the Kaiser, the Weimar Republic and the Nazis. Students also develop their understanding of Britain today through studying how political power has developed since 1170, covering the Magna Carta, the Civil War, the Glorious Revolution, the development of Trade Unions in the 20th Century and the impact of the Brixton riots in the 1980s . Students also study significant aspects of Elizabeth I such as the Spanish Armada.

The department consistently produces high grades at A Level. If you enjoy History, it would be wise to take this subject as a Sixth Form option. If you are not sure of your future career path, History is a good option for you as it develops all the skills demanded in a range of professions. These are skills of research, assimilation of a wide range of material, analysis and judgement. These are skills which a wide range of professions, such as Law and Journalism demand.

The History Department has a tradition of organising visits to a range of countries such as Russia, America and Germany. Every year, two of our Sixth Formers are enrolled on the Lessons from Auschwitz programme which includes a one day visit to the camp in Poland. There is also a well- established History Society run by the Sixth Formers, giving students the opportunity to learn about and research into events and themes in History outside the curriculum. Studying History at A Level will not only develop your understanding of the heritage of Britain but also of other European Countries today.

As History is a widely respected discipline, A Level historians are accepted at the best Universities including Oxford and Cambridge. A wide range of professions including Law, Journalism, Accountancy and the Police will recruit History students due to their ability to select, collate and analyse information.

The Saint Ambrose College History Society was established in 2003 and is run by Sixth formers who prepare a weekly programme of presentations. The History Department has a tradition of visiting locations of historical interest in other countries such as Germany (Berlin), Russia (Moscow and St Petersberg), America (Washington) and France (the World War One Battlefields). 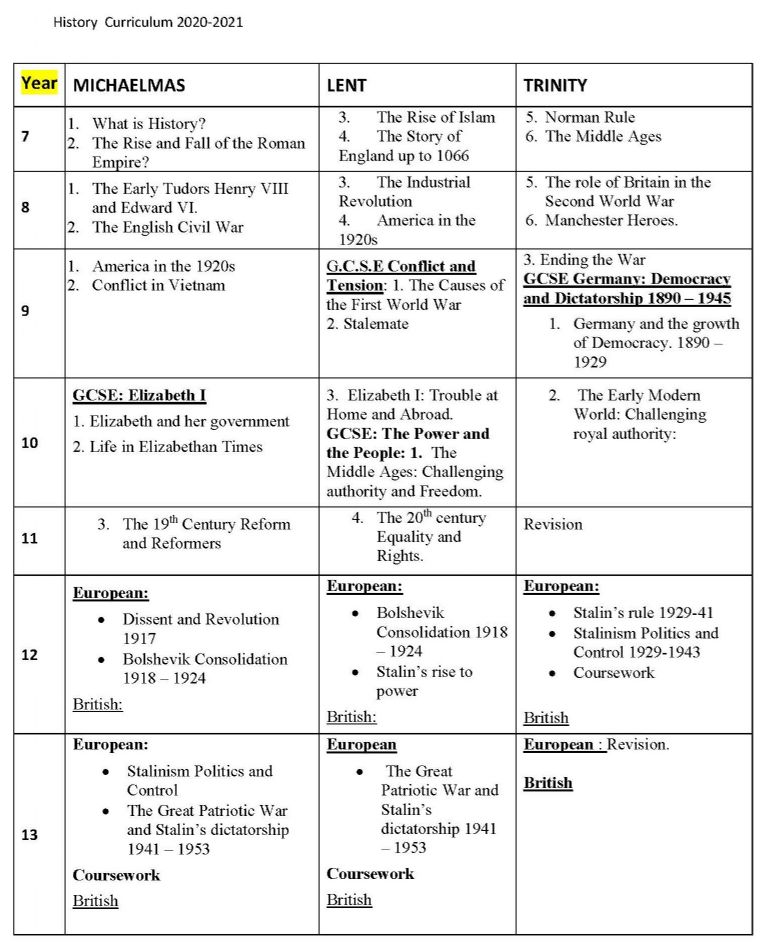